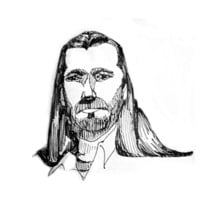 Shimon is a (Narrative) Game Designer and Game Writer who is currently based in Seattle, Washington in the Pacific Northwest of the United States.

Shimon has worked with a number of nonprofit (International Federation of the Red Cross, Leukemia and Lymphoma Society, Bill + Melinda Gates Foundation) and for profit (Google, Facebook, Hilton) organisations on a variety of different types of applied game design projects.

In addition to working as a designer Shimon also designs, develops, and facilitates workshops and course offerings for the Game Design Department at the DigiPen Institute of Technology, and a variety of game companies based on the latest practices used by experts in their respective industries.

“Use whatever works, take it from wherever you can find it, and make it uniquely your own.”