What role do scenes play in the larger purpose of your story? Aspiring TV drama producer Radica Anikpe has a eureka moment on the Storytelling for Screen course: scenes are the key to propelling a story forward and cracking character, and it’s as easy as maths! 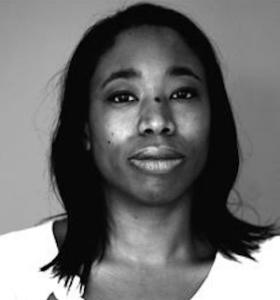 What role do scenes play in the larger purpose of your story? Aspiring TV drama producer Radica Anikpe has a eureka moment on the Story for Screenwriting course: scenes are the key to propelling a story forward and cracking character, and it’s as easy as maths!

We’ve been looking at the use of scenes in story structure this week, in the online screenwriting course I’m taking with John Yorke.

So my thoughts on scenes: this has been the most salutary lesson on why my work hasn’t been working. The work that I have written thus far contains no propulsive domino effect that necessarily kicks the story into the next scene, and into the next scene and so on. Nor has any of my screen work given my imaginary actors anything to do – there’s been no sense of one person wanting one thing and the other something in opposition. It has all been very inactive, flat and dull – exactly the kind of work that preceded my early retirement from acting. The boot is on the other foot now!

Please don’t think I am being too hard on myself; there is a clear and present danger of my not being hard enough. I am thinking back to all the acting classes I have given – hundreds of hours, probably – imploring students to think about status and change / conflict throughout a scene: never say no, always say yes – always be the agent of change.

The reason for all of the above is that I just haven’t paid enough attention to the mechanics of my stories, nor have I done enough in testing the characters. So keen have I been to tell the story, that I haven’t worked the story hard enough, or thought through the act structure with any particular rigour. Make that no rigour.

From this week’s session of John’s course alone, I now have a completely different way of approaching the work, which is very exciting. As well as working backwards (starting with the ending, which I still haven’t got my head around, but I will), I also need to bake into my initial character work, the-making-life-impossible part, which I’ve failed to do ruthlessly enough before. Having said that, I have been thinking today that I am making decisions about the direction of story before I have really gotten to grips with who the characters are and what motivates them.

I have been pondering scene structure while watching a number of different films this week, including Gravity, The Arbor and Random, as I experiment with my new knowledge. In every single scene, in every single film, something changed. Whether a large something: the heart-in-mouth-moment of re-entry in Gravity, at which I may or may not have squealed ‘give her an expletive-deleted break’, or the slow dawning realisation in The Arbor that self-knowledge does not mean that you can outrun your upbringing – like mother, like daughter. In Random, the small scenes depicting the ever-tedious office politics serving to highlight the average ordinariness before the unspeakable happens.

They all serve the larger purpose – the story, while being act-able in their own right. Scenes are never simply just funny, or cute or clever (or indeed, all of the above) they are all of those things AND they move the story on and illuminate character.

Radica Anikpe is a writer/producer who is returning to work after one hundred years of domestic servitude. She has worked for the Times, MTV, Channel 4 and Channel 5, and has her sights set on producing drama.

She studied with John Yorke on the Story for Screenwriting online course, which teaches practical ways to put the principles outlined in his bestselling book Into The Woods into action.

You can book your place here.