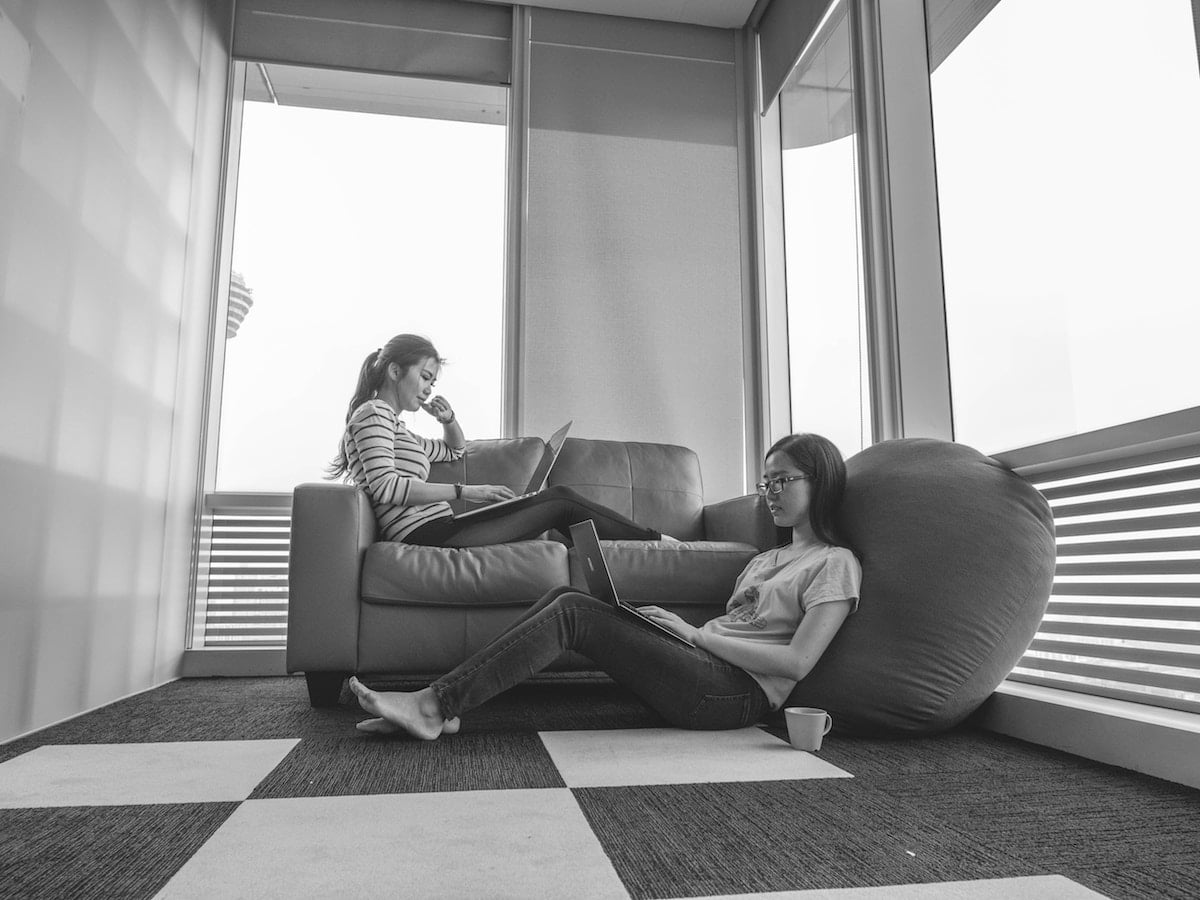 In the first of two Q&A sessions, we spoke to students taking John Yorke’s Storytelling for Screen online course about the importance of script structure, the necessity of passion, and Jackie Collins’ secret to success.

Q – I’m trying to write a story told in five scenes. I feel overwhelmed by possibilities, and feel like I need to explore all my ideas before I commit to writing one. What advice would you give?

JYS – Using character pairings and a single location can help to take some of the pressure off, giving you less to worry about. It’s also useful to know how a scene ends before you start writing it, so I’d encourage you to write backwards. For example, you could write a story with a head teacher and a parent, and set it in an office, an elevator, or even the back of an ambulance. Also decide who your main character is, and what you want their journey to be. For example; coward to hero.

If scene five is the parent becoming the hero, working backwards, scene one would show the parent being a coward. Scene three would contain the first act of heroism from the parent. Scene four would contain everything going wrong – leading to a choice where they could either be heroic, or return to their initial state of cowardice. Once you’ve got those rough tent poles in place, you can craft a story around it.

Any story can be written backwards. In Star Wars, Luke’s journey is boy to man. The Death Star should blow up at the end, so make it feared and all-powerful at the start. Just work out what you want to happen at the end, and then write the opposite at the beginning. It’s really all about the law of opposites.

Q – So, with that in mind, would you say no story should be undertaken without a relatively firm view of the character’s final state?

JYS – In the end, it’s up to you. I’d suggest that it helps, but is not vital. Some writers would hate me for saying that! I think the emotional journey is the spine of every story. If you want your protagonist to end up in a certain place, it helps you structure your story to start it in the exact opposite place. Your job as a writer is to get your protagonist there in the most imaginative and surprising way possible. As Frank Carson used to say, it’s the way you tell them!

Q – Would you say that in quite contained scenarios – such as an elevator – it is simpler, and possibly better, to make one of the characters the protagonist and the other the antagonist?

JYS – It’s much more straightforward to have one character as an antagonist and one as a protagonist. Most writing is about getting it down on the page and then rewriting again and again until the story works. It is possible for a dual protagonist story to work, but it’s simpler to have opposites.

Q –On the course, John emphasises the importance of the midpoint of a story, when the stakes are massively raised and you see a villain’s true nature. Is it important to work our stories around that point?

JYS – Think of the midpoint as the point of no return in a story. The reality is that rules can be manipulated and broken. You should write the best story you can possibly write, and if it doesn’t work, then look at how five-act structure and the midpoint fit in to your story.

Q – It’s about getting the foundations right, isn’t it?

JYS – Yes, it is. A story can always be changed or tweaked, but if you don’t know what the basics are you’re stuck. In essence, you should always ask yourself these basics: Whose story is it? What do they want? Why can’t they have it?

Q – Out of all the ideas we have for stories, how should we choose which one to focus on and to write a treatment for?

JYS – I would suggest working on the piece you feel most passionate about. It’s often hard to write at the best of times, so if you’re not passionate about a project you’re just making it hard for yourself. Routine is also very important too, though. Set yourself a daily writing target – aim to complete two or three or four or however many pages a day – and do not stop until you’ve reached your target.

The most interesting thing I heard about Jackie Collins after her death was a comment from a playwright called Jonathan Harvey. He said she was successful because she ‘put the hours in’, and I know exactly what he means. I get bored of listening to writers moaning about not being successful when they don’t ‘put the hours in’. Writing is a craft that needs practice – after all you wouldn’t hope to perform in public as a musician without putting in thousands of hours of practice. Writing requires the same amount of discipline and passion.