In conversation with writer and story producer Ciarán Hayden

In conversation with writer and story producer Ciarán Hayden 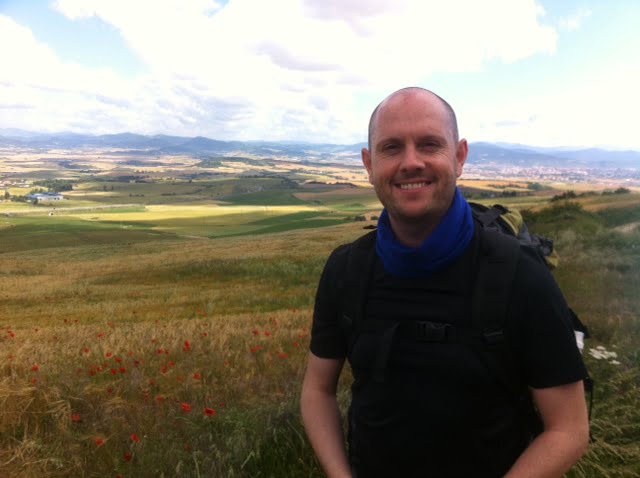 Our Story for Screen students are halfway through the course, so we invited writer, story producer and tutor Ciaran Hayden to answer their questions on troublesome midsections, characters’ desires and how long to make a series.

Q – Hi Ciarán, and thanks for joining us! I’ve been really enjoying the learning curve on Story for Screenwriting so far, but I fear I’ll lose momentum on the next session. I’m breaking into a cold sweat at the prospect of deconstructing a scene from Eastenders!

Ciarán Hayden – Thanks for having me! Honestly, that was the point at which I felt the same, but it’s nothing to be scared of. It’s definitely something you’ll get better at the more you try.

Identifying the ‘problem’ in the scene is half the battle, and once you can do that finding a fix is often the easy thing. Also, John’s ‘ten questions’ exercise is really brilliant – I can’t speak highly enough of it as a checklist to help make your thinking more methodical and structured.

Q – How do you decide, as a newer writer, how many episodes long a season should be? Is it down to discussions with commissioners? I like the idea of doing loglines for 6-10 episodes, but I also have an idea that feels like more of a three-parter.

CH – That’s a toughie, and pacing is one of the hardest things to work out. This requires you to interrogate the story and ask yourself ‘will this sustain 10 episodes, or even 6?’, and ‘do I have enough twists and turns?’.

Q – So it’s dictated by the story?

CH – I think so, for sure. Often what we’ll do in a room is go to a massive whiteboard, turn it into a grid and then just ‘play’. Then we’ll try to give every episode its own identity. So: ‘This is the episode when X happens’. A la Friends!

I often work backwards, and think of the ending before filling in the gaps. Ideally what you’ll end up with is something that builds and builds to an exciting ending. It’s tougher in a soap to be honest, because often you won’t have an end-point in mind – just the realisation that the story is running out of steam and you’ve milked it too much!

So, to get a better idea of some of you, what kind of backgrounds do you come from? Film? TV? Journalism? Something entirely different?

Q – I have a background in art, film and video, but I’ve always written feature scripts. Then I became interested in TV. I’m currently writing my third play, which I’ve actually found more accessible to put on.

CH – How do you find this course influences your theatre work?

Q – I’m writing one act plays at the moment, so I think they’re really good practice for TV, but I struggle with writing long scenes. In TV & film you can use ‘cut to…’, but you can’t really do that in theatre. I’m writing a three-hander at the moment, and I’m trying to think about the wants and needs for all three characters.

CH – Wants and needs are great. They’re absolute fundamentals, and great for characterisation in TV, film, and on stage.

Q –  I find it relatively easy to come up with ideas and inciting incidents, but it’s that big middle section that I find hard to navigate. Any ideas of how to flesh that out?

CH – Is it the ‘mission’ that you find tough, and getting some momentum into the story after the inciting incident? I get that, too…

‘Therefore/but’ is great, but ‘and then’ isn’t.

It just means every beat or scene you write must be followed by something that happens because of the previous scene, or gets inconvenienced by something from the outside. It can send the story off in a totally different direction and give fresh energy to something that feels predictable.

It’s really good for act twos that feel pedestrian, I find, and it often means the story you thought you were going to tell takes a weird turn you didn’t expect. What you’ll also find is that scenes you think you need are actually unnecessary. It can tighten work that’s a bit flabby.

Q – Looking at the list of 10 questions, I often find ‘why should we care’ really hard to answer.

CH – That can be tricky. It’s all about empathy, and finding something within that character that you don’t necessarily have to like, but that you can at least can identify with – or want to watch!

Sometimes you can answer ‘why do we care?’ with ‘because we want that evil bastard to get their comeuppance!’.

Q – I also find the word ‘desire’ really confusing, and I think you’ve said before that you don’t really use it, but is desire is essentially a character’s ‘wants and needs’?

CH – Here’s an example: A character desires/wants to win a race, but what the character truly needs is to work as part of a team.

Q – And the need is realised within the journey/crisis part of the story?

CH – Pretty much, yes! The need is almost always harder to come up with than the want. The want is clear, external and out there in the world. The need is deep-seated in the character’s core.

Sometimes it’s easier to think of it as a ‘flaw’ rather than as a need. If the character’s flaw is that he’s a lone-wolf, his need is to work with others. It’s just a good way to identify these things, and characters without flaws are seriously dull, and two-dimensional.

Q – Ciarán, you’ve been wonderful. Thanks for all the great answers!

CH – My pleasure! Good luck with your writing, and the rest of the course!

Ciarán Hayden worked as an animation scriptwriter for three years before joining the RTÉ medical drama series The Clinic as assistant script editor. He then graduated to the role of script editor and also story-lined series 6 and 7 of the show, before making the move to the soap opera Fair City. Ciarán became story producer on the TV3 cop drama Red Rock over two years ago and has combined story producing with writing scripts for the show. He is also tutor on the John Yorke Story: Story for Screen (Drama) online course.

Join Ciarán and John on our Story for Screenwriting course.