Peter is associated with some of the most popular and acclaimed documentaries and formatted reality shows of our time. He started life in television directing, producing his first documentary for BBC One in 1980. He went on to direct BBC documentaries for the next 18 years.

In 1998 he went to Channel 4 as Commissioning Editor for Documentaries, and later Head of Documentaries. He was responsible for commissioning shows such as Faking It, Wife Swap, Supernanny, Cutting Edge and Jamie’s School Dinners along with drama-docs like Death of a President, Tony Blair on Trial, The Government Inspector and Hamburg Cell. He has worked with luminaries such as Nick Broomfield, Molly Dineen, Errol Morris, Penny Woolcock, Ronan Bennett and Peter Kosminsky.

In 2005 Peter conceived and launched More4, Channel 4’s third digital channel which won Digital Channel of the Year in its first year. And during his time at Channel 4 his departments picked up 150 national and international awards, including 16 BAFTAs, 29 RTSs, 9 Grierson Awards and an Ivor Novello.

As founder of the production company Rare Day Peter has produced documentaries for all the major broadcasters including the BAFTA nominated We Need To Talk About Dad, Police Under Pressure, One Mile Away (winner of the Michael Powell Award for Best British Film), Big Ballet and Murder Games: The Life and Death of Breck Bednar. Rare Day’s latest production, Chasing Dad: A Lifelong Addiction recently became the most requested programme on the BBC’s iPlayer.

“We don’t think about story structure enough in factual television. But the surprisingly simple process of going back to the principles of what makes a story work can be the key to unlocking the life in your documentary.”

SOME of PETER’S WORK 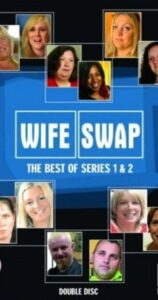 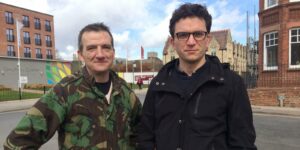