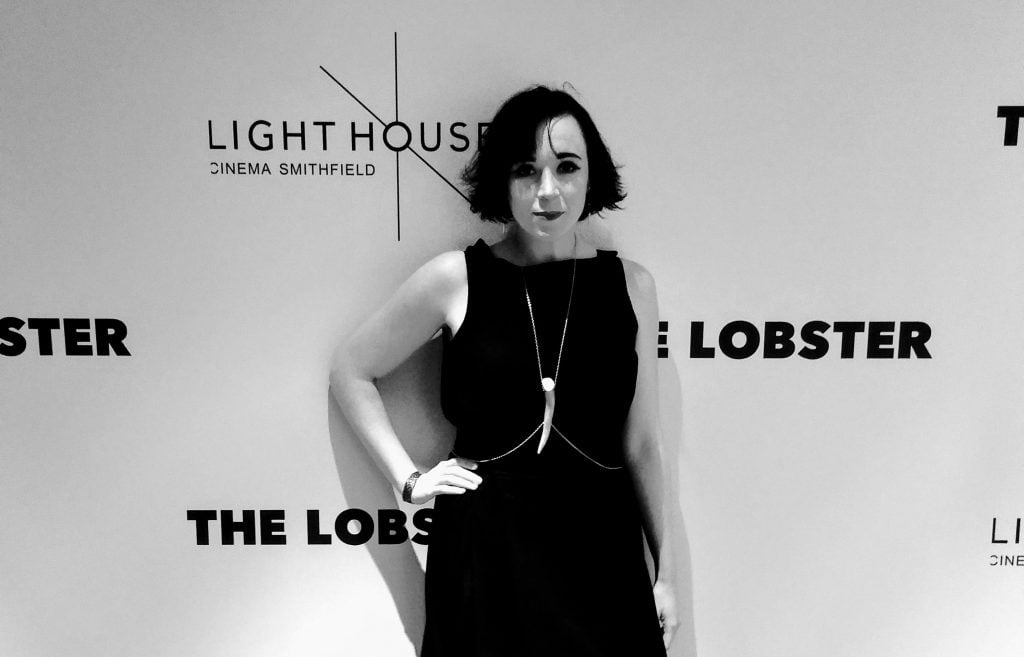 In an exclusive question and answer session, our Storytelling for Screen students quizzed tutor Chelsea Morgan Hoffman on what you should send out with your finished script, different writing styles and how to avoid telling the audience too much.

Q – Hi, Chelsea! Thanks for joining us. Firstly, as a new writer, what should I be armed with in terms of material to send out for a speculative screenplay? Obviously a script, but should I have a treatment and synopsis ready to send out too?

Chelsea Morgan Hoffman – Having a synopsis ready is always a good idea. It’s a great thing to include in an email, and a good exercise for you too. I think you’ll find if you have one written you’ll also kind of have a pitch in your head, should you find yourself in a position to pitch it verbally.

In terms of a treatment, there’s no industry standard. Some places might come back to you and want to know what your vision for the spine of the series is, so if they do, it might be useful to have something – if not a full treatment, at least a vision of how it looks moving forward. However, if it’s not part of your natural process to write one before you go to script, I wouldn’t necessarily think it’s something you need to have. You might be asked for it and have to write one up, but I think a strong synopsis and script are most important as a new writer. I would also suggest keeping an arsenal of log lines and other ideas you might have. Very often I’ll meet with a writer whose script I love but can’t take on for one reason or another, and it’s always a much better conversation if they have other ideas we can bounce around!

When I was new, someone told me something quite interesting, and that was that a lot of the job is going on ‘dates’. Meeting people, seeing how you get along and if you have the sort of chemistry to work together – because you could be together for years if it goes well. It doesn’t get talked about a lot, but that’s where the ‘other ideas’ aspect really comes in handy.

Q – So it’s worth coming along with half a dozen other half-formed thoughts, too?

CMH – It wouldn’t hurt, and it could be anything. It might not even be a story, but ‘I’ve always been interested in cults’, or a recent article you’ve read that might have sparked something. It doesn’t have to be fully formed, but it’s useful to have something you can throw about.

Q – Moving onto story structure, since Act 4 should mark the protagonist’s regression, how do you avoid repeating beats already present in Act 1?

CMH – I think the key is thinking of it as an emotional regression, so try to mimic the behaviour they might retreat back into – their comfort zone – but with a different plot point or set of circumstances. For example, if the character is developing from being selfish to selfless, can we see a moment of them doing something selfish in Act 4? It may mirror a plot point earlier on, but the key there is to really land that. Make it very clear it’s a choice.

Q – I’ve been enjoying comparing Red Rock, Stranger and Aliens scene by scene in this week’s module, but I was struck by how different they are in terms of brevity, indulgent poetic language and description. Red Rock was written in a style that felt closer to my own, but Aliens and Stranger felt like they drifted closer to language used in a screenplay or novel. Is there an industry preference for TV drama?

CMH – First and foremost, do what you feel comfortable with. There are so many variations in the industry. If you try to do something that is completely unnatural to you and your process, it won’t be your best work. So, if the Red Rock style works, go for it!

Aliens is quite long – in the first instance they had a lot of industry cred already so they could get away with it – but I think of it more as an example of compelling language than length. The truth is that when you’re a new writer you often have to make a big impression in a short amount of time. I’d suggest trying to marry the two: use compelling, visual language that walks you through the experience of the movie, but also keep it tight, leaving us wanting more.

Personally, until you go to production, I find the term ‘industry standard’ is pretty fluid. Find the best way to present your story. Sometimes that’s a bit longer, sometimes it includes imagery, sometimes it’s more of a ‘scriptment’ and sometimes it’s a quick synopsis. Do whatever you think makes your project shine.

Q – Structurally, the first half of Act 3 often feels like a continuation of Act 2. Do you have any pointers on what to be aware of when constructing an Act 2 turning point?

CMH – That’s a great question. For me, Act 2 is about the protagonist ‘finding their groove’, as it were – ‘things going right’, as John says. You’re right that the ‘change’ into Act 3 isn’t easily defined, but it’s also fairly subjective. Essentially, if you know what your midpoint is going to be, I would think of the start of Act 3 as the gear shift that pushes us towards that moment (in the way the inciting incident pushes us on towards the whole narrative).

John talks about this in Into the Woods, but what fascinates me about structure is the fractal nature of it– that you can see the 5 acts within every act, and then even within the scenes. The James Bond movies are brilliant at this. I think it’s in Spectre where there’s a fight in a helicopter at the beginning, and if you study that you’ll notice the fight has perfect 5-act structure.

Q – I’m working on an idea of two characters who have suffered a past trauma, and I’d like to examine the consequences of this on their present life without going into detail about the cause. How can you satisfy the audience’s curiosity without providing too much backstory?

CMH – I’m glad you asked this, as the use of too much backstory is a personal bugbear of mine. I’ll start with a second-hand story I’ve heard about Aaron Sorkin, when he was on tour with the cast of the play A Few Good Men. They were having some beers and joking around, and the actor playing Col. Jessup asked if everyone wanted to hear his character’s favourite joke. Sorkin interrupted and said ‘If he had a favourite joke, it would be in the play’.

Personally, I think you can get away without much detail as long as the drama and arc within the piece is clear. Shame is really good at this. You’re given some indication that Fassbender and Mulligan’s characters have had some sort of – probably sexual – trauma in their youth, but we don’t know what it is. It’s said very much as a throw away line.

There’s an indie film tendency to keep this major secret that gets revealed somewhere around Act 4. It’s usually abuse or something similar, and it’s usually a bit unsatisfying (that sounds awfully glib about abuse, and please understand I speak purely from a dramatic point of view). I look back at the monster analogy. It’s always disappointing to see the monster in a film when they get to it, because what we imagine is so much worse and personally scary. I think the same is true with a traumatic backstory. The trick is really to make sure that you’re not writing around it, or writing it as some big secret. If you hint at a secret and it isn’t revealed, then it’s unsatisfying. If you just let your characters live in the present as they would in real life, then I think you’re good to leave a little mystery.

Q – I read somewhere that the first 30 pages of the script for Shame were cut out pretty late in the writing phase precisely because it was mainly backstory.

CMH – Oh, that’s interesting. I didn’t even realise that! You will inevitably have someone want to know what happened – and you probably should know yourself – but if their story in the present is strong enough with enough at stake, and you’re not deliberately withholding, I think it’s a sign of sophisticated writing to go the less is more route.

PWA Moderator Katherine Press – As an actor, finding a backstory may be part of the preparation and rehearsal process, but the detail of it often won’t make it to the stage or screen. It’s just part of getting you as an actor to where you need to be. In my mind, it’s probably the same when you’re writing – the backstory might find its way into the script, but it’s by no means necessary to creating an effective piece.

CMH – Great point, Kat. It can be useful for an actor to know the backstory, but I also think it can be useful for the actor to find the backstory just as the audience will. I would try to let it bleed in as naturally as possible – which may mean there isn’t much information. You might be forced to stick in a line at some stage by some annoying development executive or producer – it’s pretty easy to spot when they’ve been added last minute – but you’ve hit the nail on the head: commit to your protagonist’s present state of mind and let that lead you.

Q – Chelsea, you’ve given us some fantastic insights today. Thank you for joining us.

CMH – My pleasure. Thank you, and good luck with your scripts!

Chelsea teaches on the John Yorke Story: Storytelling for Screen (Drama) online course, alongside her work with Blinder Films as Development Executive. She has previously worked with Into the Woods author John Yorke as script editor to create the Irish soap-drama Red Rock.

Learn more about the Storytelling for Screen online course by clicking the link. Applications are open now. Discover more about all our courses here.