Why we launched a Story for Video Games course

Why we launched a Story for Video Games course 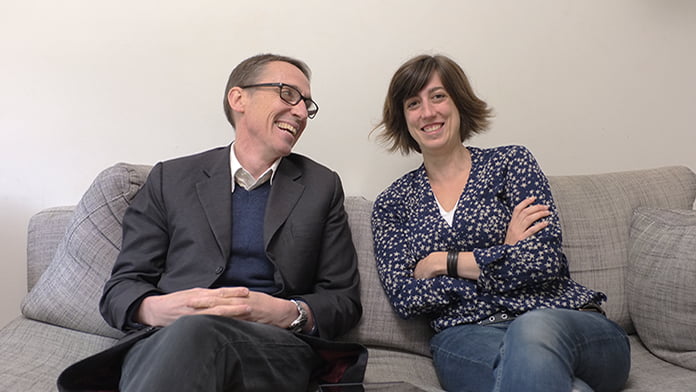 There is growing recognition that great story is a key factor in player engagement and video game completion, but few opportunities to learn the fundamentals of story in a relevant way. Caroline Marchal and John Yorke have devised an online course for individuals and teams who want to know how to manage a gaming story better.

Most storytelling courses – from university degrees to freebies – are for screenwriters. They can be packed with knowledge and interesting, but if you write for games they won’t help you understand how to make the great narrative principles work for an interactive and non-linear medium.

Writing for a linear medium is difficult; writing for games is even harder. There are very specific challenges and pitfalls to overcome.

The task gets even more complex when you consider that narrative needs vary greatly from one game genre to another: story is central in a narrative game like The Walking Dead by Telltale Games, and very much in the background in a puzzle game like The Witness. But it’s always there.

The vast majority of games, regardless of their genre, are based on some kind of story, some meaning and context. So as a writer you need to master not only story’s primary colours – the fundamental principles required to write great narrative – but also the specific techniques that adapt that knowledge to games.

In Into The Woods: How Stories Work and Why We Tell Them, John Yorke condenses what he’s learned about story structure from twenty years working in film, documentary and drama at the BBC and Channel 4, as well as in his work with brands, businesses and video-game developers.

John studied all the different theories of how stories work – from folk tales, to Renaissance drama, to Hollywood – and discovered that all stories share common fundamental elements and have a similar shape.
– Caroline Marchal

Over that time, John studied all the different theories of how stories work – from folk tales, to Renaissance drama, to Hollywood – and discovered that all stories share common fundamental elements and have a similar shape. The John Yorke Story online courses explore how this concept can be applied in different contexts, from traditional television drama to the world of business.

I met John a couple of years ago, and while working together we often discussed the role of story in video games. My experience as lead Game Designer on award-winning and million-selling titles like Heavy Rain and Beyond – Two Souls meant that together we were well placed to break down these story-theory basics and think about how to help games developers apply them to the development process.

The resulting professional development course Story for Video Games introduces the principles of story alongside practical ways to incorporate narrative into games.

It aims to teach people working on games how to put the principles into practice, creating compelling interactive storytelling and merging gameplay with story to craft deep and meaningful experiences for the player.

These principles aren’t only useful for writers – game designers, producers, artists, programmers… anyone interested in making their games a richer experience can benefit.

As a game developer or studio, you might find you struggle to integrate narrative development into the production process. Perhaps story comes in as a late thought.

As a writer, you might find it difficult to work in a development team and make your voice heard or understood. Perhaps game design requirements often feel at odds with the story needs.

This course will allow you to craft stories that work hand in hand with gameplay, make an emotional impact on your audience, and increase sales.

Within a team these ideas can help you develop a common vocabulary and more effective ways of working while you master all the techniques you need to structure great stories for games and learn how to create a fully-fledged story bible.