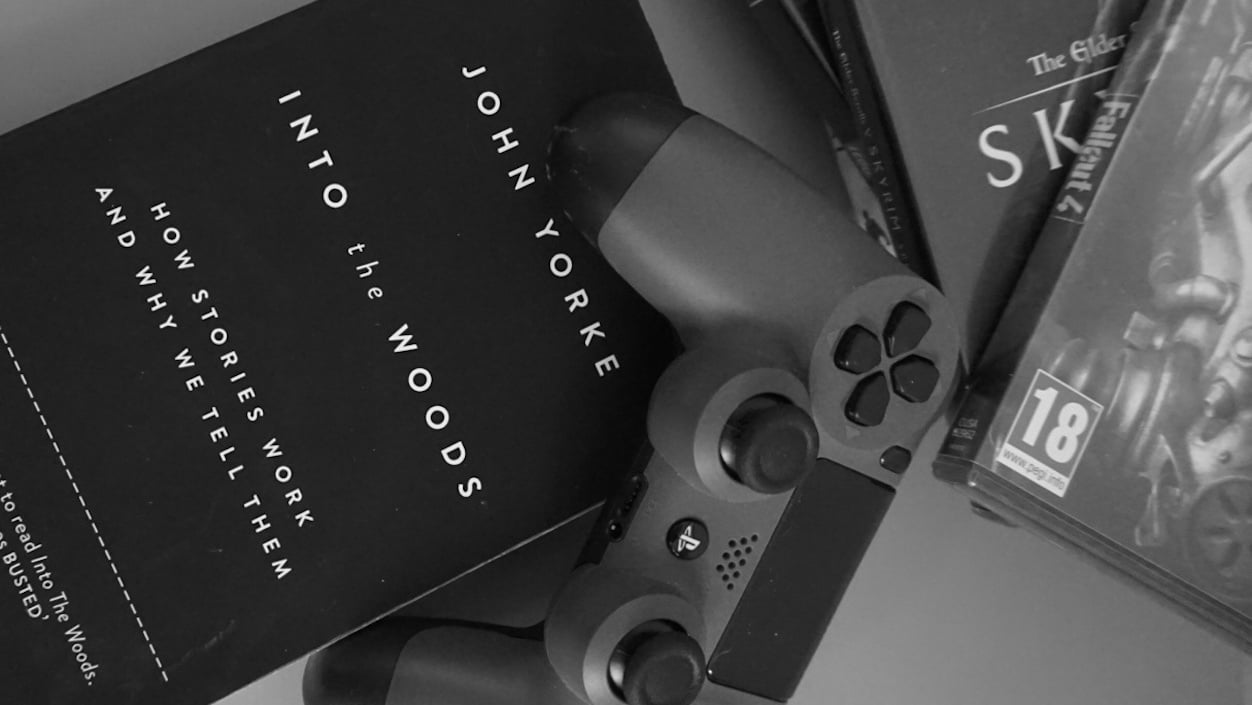 As part of their coveted guide Three Strategies to Make Your Game a Winner, the team behind the John Yorke Story: Story for Video Games online course explain why game creators must prioritise cohesion between gameplay and narrative from the very start of development.

As part of our coveted guide Three Strategies to Make Your Game a Winner, we explain why game creators must prioritise cohesion between gameplay and narrative from the very start of development.

As a game developer or studio, do you struggle to integrate storytelling into the production process? Perhaps story comes in as a late thought.

If writers are brought in once the gameplay and levels are set, they have to try to create a story around this existing structure or – still worse – write dialogue for pre-existing or ill-conceived characters. This lack of cohesion often feeds through to your final product.

‘Ludonarrative dissonance’ is an industry-specific term for when gameplay and narrative are at odds with each other. At its worst, it can destroy the emotional connection the player has to your game.

Ubisoft’s Watch Dogs 2 in 2016 was criticised by players for the disconnect between the protagonist’s story (‘I’m not a criminal’) and the gameplay (‘committing crimes to prove I’m not a criminal’). For reviews, see Retsetera and the F&W Game Club.

PC Gamer critic James Davenport scored the game a below-average 68% for the same reason: ‘You can 3D print a complete arsenal, everything from a shotgun to a grenade launcher. It’s strange that lethal weapons are included at all, given the peaceful ends DedSec is shooting for, and Marcus doesn’t seem the type to murder’ – full review.

Ubisoft had a lot riding on Watch Dogs 2 as it was their only triple-A game of the season, but it reached only 20% of the sales figures of its predecessor.

With the quality of storytelling in games on the rise, ludonarrative dissonance is entering the vocabulary of more and more critics. Review scores can have a detrimental impact on developers, especially up and coming developers. A good article which explores this in more detail is: Metacritic Matters: How Review Scores Hurt Video Games.

You need to get all parts of development on the same wavelength: designers and developers need to be able to think like storytellers.
– Emily Ronan

Tomb Raider writer Rhianna Pratchett recently advised on this matter in an interview with The Mary Sue: ‘thinking about narrative earlier on and having a strong commitment to creating a harmonious, rather than antagonistic, relationship between gameplay and narrative is the only way we’re going to get over this lack of cohesion’.

In the best games, story and gameplay evolve simultaneously. Naughty Dog (Uncharted series, The Last of Us) and Quantic Dream (Heavy Rain, Detroit: Become Human) are the few triple-A studios who get their story figured out at the same time as the gameplay and get writers on board from the start. Their game designers are often also writers.

Our Story for Video Games tutor Simon Wasselin, who worked as Lead Game Designer on Detroit: Become Human, advised some of our recent participants:

‘The sooner the writer and the game designer work together, the better the story will be. Or rather, the better the story will be embedded into the game. When people work together, it can produce truly great game experiences. I often use the example of the last Doom. The story is as simple as it gets, but it took the team a long time to develop. And because it follows the gameplay, it works tremendously well. It’s about this powerful, unstoppable killing machine. You identify with him, you feel empowered.’

So, whether you’re a sole developer or managing a development team, prioritising a basic understanding of story genre and the five-act narrative structure would enhance every stage of developing your game – pacing, game verbs, player choices, sound, setting and character design.

By creating this common language of narrative throughout your team, you can be sure that ludonarrative dissonance won’t be found in your game.