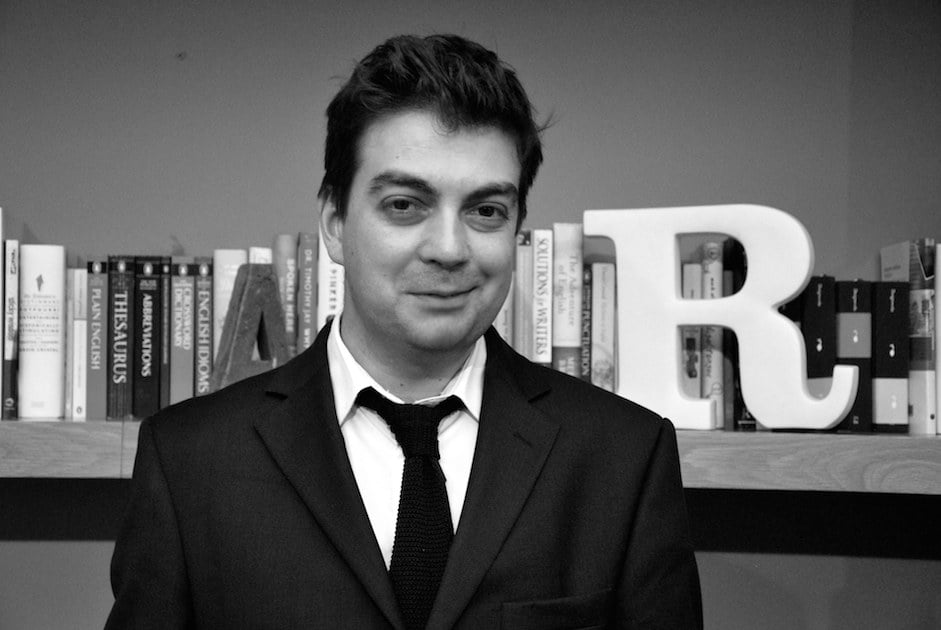 Nick Parker has made a career telling stories, but it's taken until now to work out how they really work. In advance of the launch of his Story for Business course, devised with John Yorke, Nick recounts the story of his relationship with story.

I’ve been thinking about how stories work most of my life.

When I was a kid, I used to write and draw comics. (It turns out boiling stories down to a dozen panels, and working out what the pictures and speech bubbles should be for ‘Zoom‘ was an excellent apprenticeship in how stories work.)

As a magazine editor, I spent a lot of time looking for unusual stories in unexpected places, interviewing people, and editing pieces by people who often hadn’t written much before, to help their stories shine.

As a short story writer writing really short stories, I’m always trying to work out how to say as much as possible in the shortest space. Trying to find the heart of a story – and cut everything else.

As a ‘public speaker’ (I always cringe a little at that phrase) I’ve learned the difference between telling a story so it makes people sit up and listen and want to talk to you, and telling it so they get bored, fidget, and want to throw things at you.

So you’d think that over the last few years, as businesses have embraced the idea that ‘those who tell the best stories win’, that I’d have elbowed my way through the leadership and content marketing gurus to sell you my own personal Magic Storytelling Formula (“TM”).

The truth is, I’ve always felt a bit of an outsider among the storytelling crowd. Yes, I have a good instinct for stories. I’m good at spotting them, shaping them and telling them. But I’ve always been struck, as I’ve read countless books and blogs about stories, that most of them just aren’t quite putting their finger on it.  Oh sure, I’ve picked up valuable tips and ideas from just about everything I’ve read, but nothing ever really seemed to get to the heart of what stories really were, how and why they worked – what was really going on. And I’ve always been reluctant to add to that noise.

Then, a couple of years ago, I read a book called Into The Woods by John Yorke. John had been head of Continuing Drama (the most watched and most talked about programmes) at the BBC, had worked on film and drama at Channel 4, run Company Pictures and set up the BBC Writer’s Academy. This meant he’d spent a lot of time figuring out exactly what made stories work and why. To top it off, he’d put it all into this book.

But Into the Woods isn’t just another ‘how to write a screenplay’ kind of book. It’s genuine attempt to figure out what’s really going on: why is it that all stories seem to function in extremely similar ways? Why do humans seem to have a need to structure our world in this way? How can we use that knowledge to tell better stories?

Basically, Into the Woods illuminated just about every aspect of storytelling I’d ever thought about, celebrated it as one of humankind’s greatest achievements, and did it in a way that was neither clunky ‘how to’ manual, nor abstract theorising – just a smart, interesting, funny read. He draws on everything from Hamlet to Holby City. There’s Aristotle, Renaissance drama, and sitcom.

For me, Into the Woods was the missing bit of the jigsaw – it made sense of my story instincts. It was the real deal.

And it’s basically been the book I’ve recommended to every client since then. I’ve re-read it several times. If you’ve been out for a drink with me any time since about June 2014, the chances are I’ve bored you senseless about it.

And then – to cut a long story short (yes, I’m aware of the irony) – a few months ago I got a call from the Professional Writing Academy. They host some really excellent online writing courses (including the acclaimed

I said are you kidding?

And so, that’s what we’ve done. John, PWA and I have taken the heart of Into the Woods and turned it into a six-week online course for business communicators.

It covers all the stuff that’s in the book – the essential elements that every story has in common, and about how to use those elements in your own stories. I won’t go on – there’s details here. The online format suits the material perfectly: there’s plenty of time to read, watch films and YouTube clips, and discuss on the forum with other students.

It’s been a total honour – and a load of fun – to work with John on Story for Business. If storytelling is part of your job (spoiler alert: it’s part of all of our jobs) then I honestly think it contains the stuff that’ll change how you see the world, and approach stories – your own and others’ – forever.

Nick Parker is a writer, language strategist and simplifier of things. He’s good at pinning things down, and shaking things up. Nick believes that thinking about story is one of the most powerful processes businesses go through: “Every time I work with clients on their story, the process uncovers unexpected and exciting things. You’re never really just ‘telling the story’. You’re almost always breathing life into your strategy, sharpening up your brand, working out what your propositions should be… and a thousand other things.”

Find out more at www.nickparker.co.uk

Book your place on our next Story for Business online course.

Four ways storytelling helps you and your business

Storytelling isn’t just for entertainment – it’s also an increasingly used business tool. Guest blogger and Storyteller at Microsoft UK, Kris Evans explains how mastering the art of the story will not only improve your company’s business-to-business interactions, but also help you to retain cohesion, and run efficiently internally.

Business storytelling: how stories help you connect with your customers

US-based marketing and storytelling expert Park Howell popped in to our virtual classroom for a guest chat with Into the Woods: Telling Stories for Business students. He talked about the use of stories in B2B marketing, convincing skeptics, and what cyborgs could mean for the future of marketing. 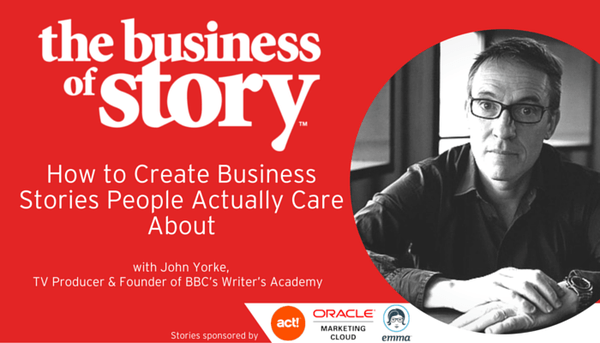 Business storytelling: what brands can learn from Hollywood

Storytelling – it’s not just for drama. Students from our Into the Woods: Telling Stories for Business course have been learning this, and in the second instalment of our chat series with business storytelling strategist Park Howell they get down to the details. Read on to find out how Park developed his unique business, how different cultures react to the same stories, and what the world of business can learn from Hollywood.