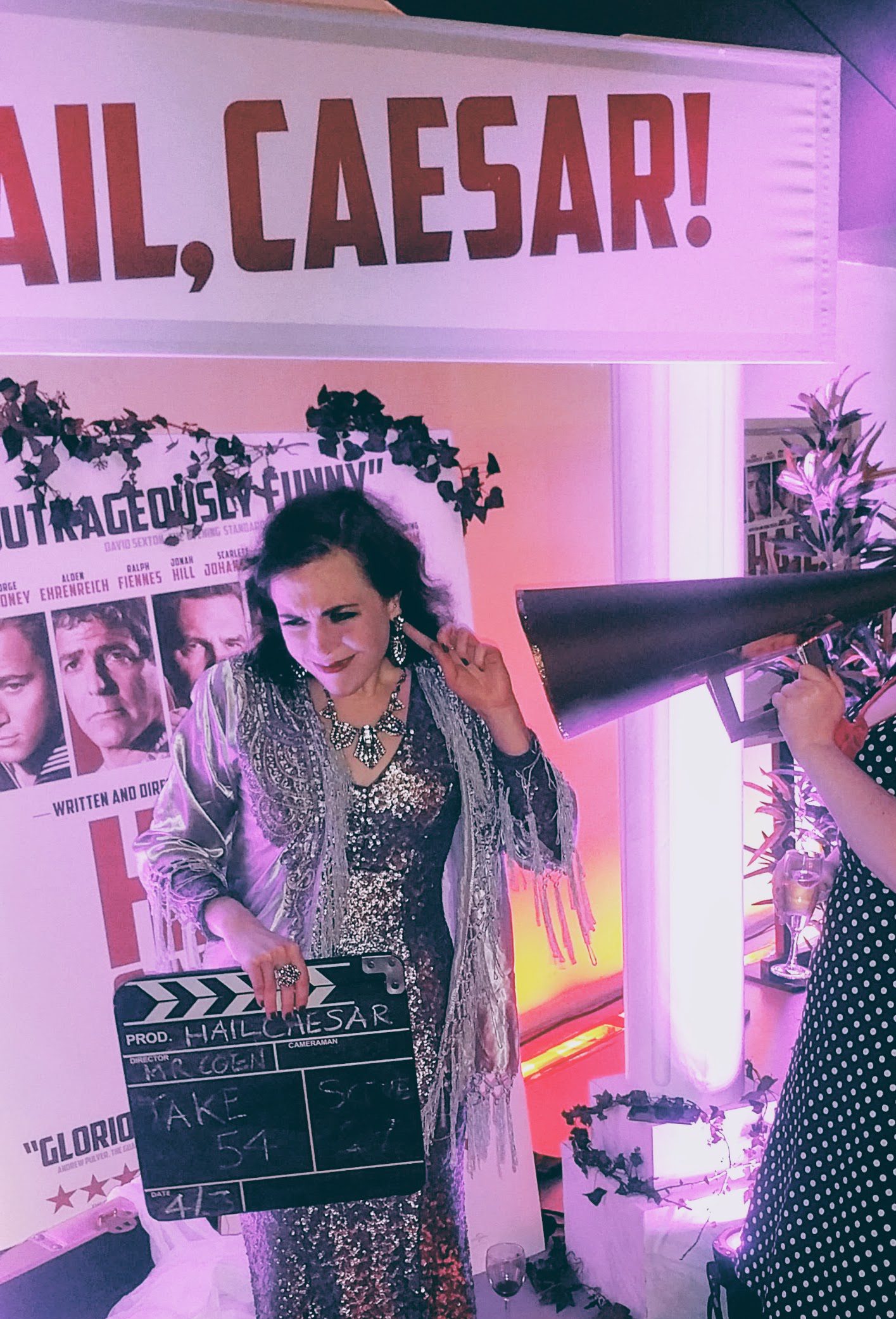 Chelsea Morgan Hoffman, tutor on John Yorke's Story for Screen online course, takes questions on 5-act structure, how to perfect a professional outline and how your themes might change dramatically throughout the writing process.

Q – Hi Chelsea, thanks for coming along to talk to us. What are the most common mistakes you’ve seen people make when working with 5-act structure?

Chelsea Morgan Hoffman – Thanks for having me! The answer to this comes in two parts. The first is in the understanding of the midpoint. I hear from a lot of people that they struggle with it – I know I certainly did! I think in part this has to do with the language. It’s referred to as the ‘crisis’ in a lot of John Yorke’s articles, which can then feel slightly confusing when we get to the Act IV ‘worst point.’ What John said to me that really made me understand the midpoint was that firstly, It’s the point of no return, and secondly, it’s the moment where the protagonist first shows the characteristic they need to embody by the end of the film.

A good example of this comes from when we were working on Red Rock. We were writing a story where a woman was going to cheat on her boyfriend. Originally, the story-writers had the Act IV worst point as ‘she kisses the Other Man’, but I pointed out that that was really the point of no return. You can’t unkiss someone. The worst thing that could happen as a consequence was her boyfriend finding out. So I use that a lot now, and I’m sure you’ll see that example crop up again!

The second part is to do with execution. I often find that people take far too long in Act I – it’s a safe place, a status quo – so it’s understandable, but we all just want the story to get going!

CMH – I think that’s about it – being far away from where they were at the start. It’s about finding a phrase that works for you.

As for it being the opposite to what happens at the end – I wouldn’t personally say it’s a hard and fast rule for me personally, but honestly, not many things are! One of the reasons I trust John’s method is because it offers a framework, and explores why we tell stories the way we do. As you’ll see in your final exercise, he also says when you write, at first, don’t think of any of that. Chances are you’re writing this way anyway. But, if it’s not working, knowing the structure helps fix it.

To that end, while I think we can probably find that most stories adhere to the middle-the-opposite-of-the-end rule, it’s not something I would look for in a script, and deem it a failure if it wasn’t there.

Q – I’m finding the framework very helpful. It’s finding freedom in constraints, I think, that makes it easier to be creative.

CMH – I think it is, as you say, being creative within a framework that really helps writers – at the start anyway. Breaking rules is always fun! I’ll also direct you to an article I wrote, where I explore planning in greater detail – I hope you’ll find it useful.

Q – I studied one of John’s outlines for an episode of Eastenders, and was struck by how brief it was – although it was definitely punchy. What tips for writing outlines do you have?

CMH – This will sound broad, but I think the trick is to give us enough so that we’re not confused, but make sure we’re left wanting more. I want the outline to make me want to read the script – and see the movie. I’m not a huge fan of incorporating too much dialogue at outline stage. I think clever dialogue can often hide a weak story, so I want to be able to see that the shape is working. If you have to, only put the really good lines in. Telling it visually and with evocative language that leaves me saying ‘I need to read this’ is the key.

I think when you’re storylining for a soap and you have really good writers, that kind of brevity can be so refreshing and useful. A writer will go ‘I know the story, I can figure out how it happens now’. Sometimes – depending on the time limits and quality of your writers – you need to be a little more specific, but both skills are useful. Also, sometimes you need to be specific and/or prescriptive in order to ensure that something planned 10 episodes down the line will work the way it’s meant to!

In very practical terms, the Irish Film Board asks for outlines that are 6-15 pages. I would find 15 pretty long – I think around 6-8 is usually plenty, depending on what size font you use.

Q – I find outlines incredibly difficult, because you almost need to have written the whole thing first before you can distill it down to something with proper content. Any tips about that?

CMH – It’s all about your process, I suppose. I definitely know writers who need to go right to script. It’s not my preferred way, but we all work differently. I do think that’s a longer way of writing, but that’s not necessarily a bad thing!

I generally write everything I want to say in the outline first, and then just whittle it down (often on funding apps there are word counts, so I have a very specific constraint!). I write a kind of draft, and then I look at what detail is essential – what makes the story move? Is the detail that this major event happens at a dinner with the protagonist’s sister necessary? Cut that out. But, if you outline first then you already have a pretty succinct framework to summarise from after.

The nice thing about the five acts is if you can give each act as sentence, you have a paragraph. There’s a pitch email right there. Also, the great thing with outlining is that you can see where the problems might exist before you’re stuck too deeply with them.

Q – Have you got any advice on where to take outlines?

CMH – The Irish Film Board takes outlines for writer’s loans. I’m not as familiar with the UK, but I think some other funding bodies accept/request them. They are super useful for me, although development executives like to see a writing sample if you’re an unknown.

Regional funding bodies are good starts – Film Wales, Creative Scotland, Northern Irish Screen, etc. Check out their guidelines, and what they’re looking for. As an American, I’m so jealous of the funding opportunities here!

Q – It’s interesting, this structure thing – it translates across all sorts of areas. I teach art, and have been applying the same principles to my students’ portfolios. They have to gather some ideas at the start so we have something to work on, then we put it in a rough shape, and refine and expand.

CMH – I think that’s exactly it. As John says, we’re didactic – we try to learn from chaos, and piece things together. Sometimes, though, we have to be the ones to introduce the chaos!

This is why I’m also a fan of thinking about theme at the very beginning. Someone once gave me a great piece of advice: rather than writing the theme on a post-it or at the top of your document, find something that embodies it. A painting, a photograph, a quote, anything. Keep that by your desk while you write to keep it in your mind. Also, I’m a big fan of soundtracking what you’re writing, but I used to be a sound designer so I suppose that’s why.

Q – I used to edit observational documentaries, and there was always the saying that what the director thought they were shooting was never the film that they’d shot.

CMH – The theme that you write may not be the theme that ends up on screen. The producer, the director, the editor, who’s cast and, really, the state of the world, can all influence that in the end. I do think, though, if it gives you a clear POV when you’re writing, it can only serve you well.

Q – Thank you, Chelsea, for you time and wonderful insights!

CMH – No problem! I hope it was helpful. I’ve been so impressed with all of you and the rest of the group so far, honestly. Keep up the amazing work!

Chelsea teaches on the John Yorke Story: Storytelling for Screen (Drama) online course, alongside her work with Blinder Films as Development Executive. She has previously worked with Into the Woods author John Yorke as script editor to create the Irish soap-drama Red Rock.

The next John Yorke Story: Story for Screen (Drama) online course is open for applications now, and click here to explore all of the Into the Woods online courses.