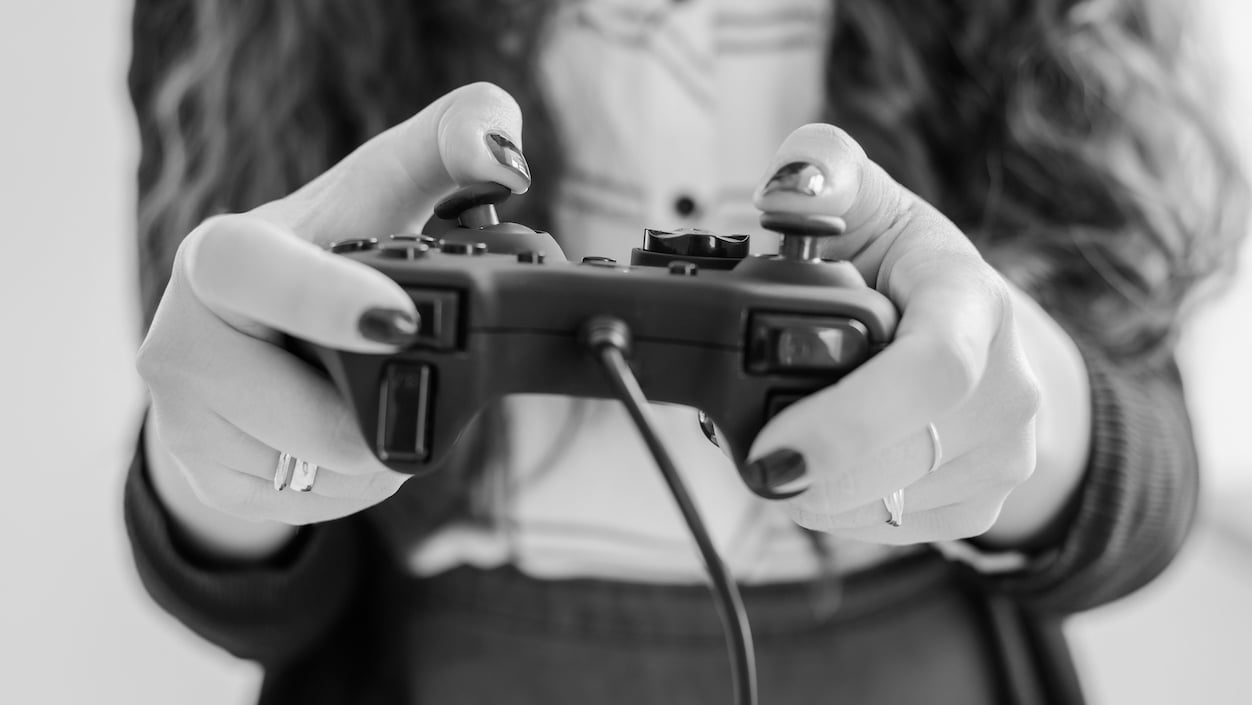 Katherine Press – So, Rhianna, what’s it like being a female games writer in today’s gaming industry?

Rhianna Pratchett – I don’t know, because I’ve never been anything else! When it’s hard, I can’t be sure whether it’s because I’m female, or whether it’s because writing in general is very hard. But I can say that, across the creative industries as a whole, there does seem to be a renewed interest in female-led stories. In television, you’ve got hugely successful shows like Orange Is The New Black, How To Get Away With Murder and Scandal, and then you’ve got films like Wonder Woman or, on a smaller scale, Hidden Figures, which did tremendously well in cinemas.

I think our industry is a bit slower when it comes to ‘catching on’ to progressive movements and trends, but it follows the same trajectory. I feel the reboot of Tomb Raider showed what of course we already knew – that you can have a female-led franchise which is appealing to both female and male gamers, and that it can make money. Money is, of course, a key consideration – we are an industry after all!

Then, following on from Tomb Raider, you had games like Horizon Zero Dawn, projects where you’d also get more interesting female secondary characters, and female optional characters. For example, in the latest Assassin’s Creed you can be either male or female and you can romance anyone you like as those characters. And Ellie from The Last of Us is now taking the lead role in The Last of Us Part II.

In the games industry, they will often look for female writers for female-led stories, because I think they can be a bit nervous about taking on female characters without having women as part of the development process. Of course, a good writer is able to write any character, of whatever gender, but I do find that nervousness is still there. I think that has directly benefitted me, in my career.

KP – So being female can actually afford opportunities?

RP – Yes, I think so. I’m seeing more female characters around than I have for a long time. I’ve worked on three female-led franchises (Tomb Raider, Heavenly Sword and Overlord), which is actually pretty unprecedented. They’re all action-oriented games, and that’s really helped me transition into film and TV work, having worked on action heroines.

KP – Do you feel conscious of setting an example for other women wanting to get involved in the games industry?

RP – Up until Tomb Raider, I avoided talking about my gender – I didn’t feel I could speak for all women, I could only speak about being Rhianna! But, when I worked on Tomb Raider I realised it had a lot of female fans, and that it was important for them to see a woman out there doing the work, enjoying their work and talking about what they love about games and about the industry. In short, I realised my gender wasn’t important to me, but it was important to other people. So, I started actively talking about it after Tomb Raider because I thought I’m working on a very established female character, and I’ve got a body of work to back up what I’m saying.

I definitely get a lot of female players and women wanting to work in the industry approach me because I am a woman. I mean, I get men asking for advice too, but the number of women is noticeable.
– Rhianna Pratchett

My friends joked that I was coming out as a woman, because I just hadn’t really talked about it before! It’s a balance really. I do still prefer to talk about the work itself, but I also think it’s important for people coming into the industry to see that representation (across the board, not just as writers) and to see what’s possible. I definitely get a lot of female players and women wanting to work in the industry approach me because I am a woman. I mean, I get men asking for advice too, but the number of women is noticeable.

KP – In your opinion, what’s still to be done?

RP – I think for a lot of people in the industry the gender issue is still under the radar. A lot of them simply don’t realise, they’re in their bubble. And it also goes right back to school age – to perceptions of careers for girls, what girls can do. Plus, the games industry is going through a similar shake-up to what’s happening in the wider world. There’s been a lot of media recently about the sexism at Riot Games.

We’re experiencing a kind of very light version of #MeToo and #TimesUp. Then #Gamergate made things difficult for female developers and minority developers online – it was a pushback from a vocal minority of players against developers trying to put diversity of any sort into their games. So, there is still that troll culture in our industry, but there is also interest from the developers’ side to improve the situation.

RP – When we talk about diversity it’s not just gender diversity. We have a much bigger problem when it comes to ethnic diversity representation in games, not to mention age, sexual orientation… But, often the issue gets boiled down simply to gender. It’s a much bigger issue than that. That’s probably for another article, but it’s worth remembering.

Rhianna Pratchett is an award-winning, twenty-year veteran of the games industry. She has worked with companies including Sony, EA and SEGA on titles including Heavenly Sword, Mirror’s Edge, the entire Overlord series, Tomb Raider and Rise of the Tomb Raider.

Her work has received awards from the Writers’ Guild of America, DICE, SXSW, in addition to a BAFTA nomination. Rhianna is regularly named as one of the most influential and recognised women in games and has spoken on numerous panels, podcasts, and documentaries.